Anishinaabe-Ojibwe tradition reveres Mackinac Island as a sacred place, home to Gitchi Manitou, the Great Spirit. Native Americans traveling the Straits region likened the shape of the Island to that of a turtle’s back, and it became known as Michilimackinac, commonly interpreted as 'Land of the Great Turtle'.

From the book Lore of The Great Turtle - 1970, by Dirk Gringhuis:

"For countless years Mackinac Island, Michigan was viewed with awe by the Chippewa, Huron, and Ottawa ... Approaching the island in their canoes they were filled with superstitious wonder at the tall rocks each bearing the spirit of a mighty Man-i-tou. And it was here that the Great Spirit, Git-chi Man-i-tou, who had formed the island, dwelt alone except for the giants in the rocks.  Here he accepted the sacrifices and offerings. Here also were buried the dead chiefs and their families that they might be forever under his protection. . . . But one day the white man came. Then, seeing the harm wrought upon his people, Git-chi Man-i-tou fled in anger and sorrow to the frozen north as the caribou had done before him, to live forever in the flickering flames of the Northern Lights." 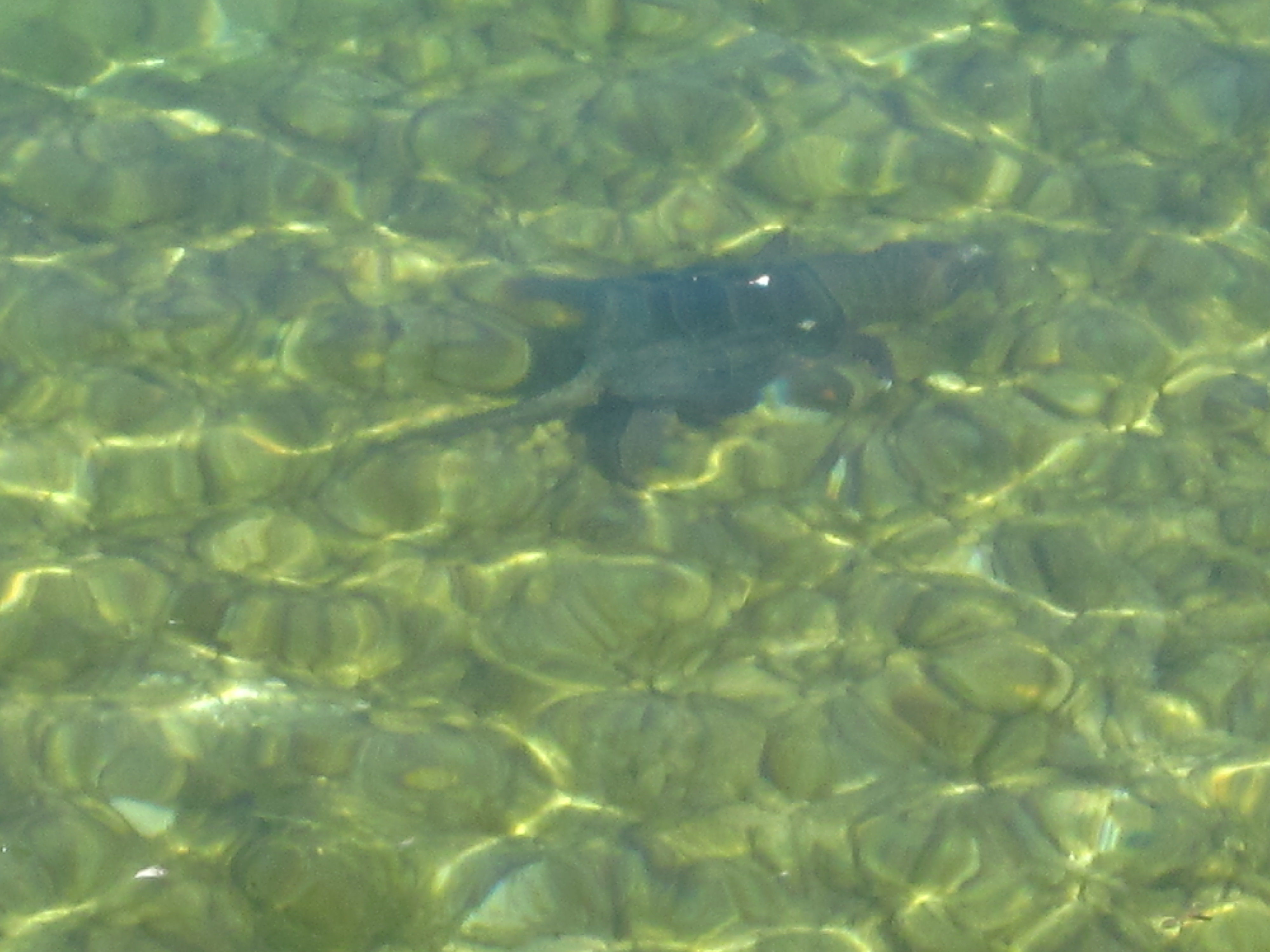