Great Turtle Kayak Tours is proud to call Mackinac Island, Michigan our home, and we love to share stories and history on our guided tours. 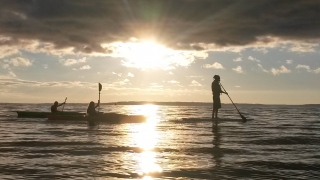 Mackinac Island (pron.: /ˈmækɨnɔː/ mak-in-aw) is located in the U.S. state of Michigan, in Lake Huron, at the eastern end of the Straits of Mackinac, between the state's Upper Peninsula and Lower Peninsula. The Island and the Straits region in general have long been home to Native Americans, and is commonly known as Michillimackinac, 'The Great Turtle' or 'Land of The Great Turtle', as well as 'The Jewel of Michigan'. Europeans also began exploration in the 17th century. British colonial interests lead to the establishment of Fort Mackinac as a strategic millitary location on the island during the American Revolutionary War. It was the scene of two battles during the War of 1812. Bountiful natural resources and narrow waterways have long made the island an attractive and easily accessible crossroads, with inhabitants establishing numerous significant spiritual, military, commerce, and tourism centers to compliment the natural beauty. Enormous fresh water supplies and reef protected shallows make the Straits area a perfect place to kayak and paddle, unique in all the world. The island covers 3.8 square miles (9.8 km2) in land area.

In the late 19th century, Mackinac Island became a popular tourist attraction and summer colony. Much of the island has undergone extensive historical preservation and restoration; as a result, the entire island is listed as a National Historic Landmark. It is well known for its numerous cultural events; its population of horses; its wide variety of architectural styles, including the famous Victorian Grand Hotel; its fudge; and its ban on almost all motor vehicles. More than 80 percent of the island is preserved as Mackinac Island State Park.

The majestic rock formations of Mackinac Island are famous around the world. Formed thousands of years ago with the help of glacial ice melt, wind and water, landmarks like Arch Rock, Devil's Kitchen, and Skull Cave are amongst the most popular of Mackinac's many natural attractions. Outdoor activities are abundant, and visitors can tour natural history sites by bike, horseback, horse drawn carriage, foot, and our personal favorite, kayaks and stand up paddleboards.

Watersports are intensely popular in the area. Many vacations at sea and annual sailboat races start at, end at, or pass through Mackinac Island's waters. Two of these races are particularly famous, and take place inside a 2 week time span in July: The Bayview Yacht Club's "Port Huron to Mackinac Race" and the Chicago Yacht Club's "Race to Mackinac". 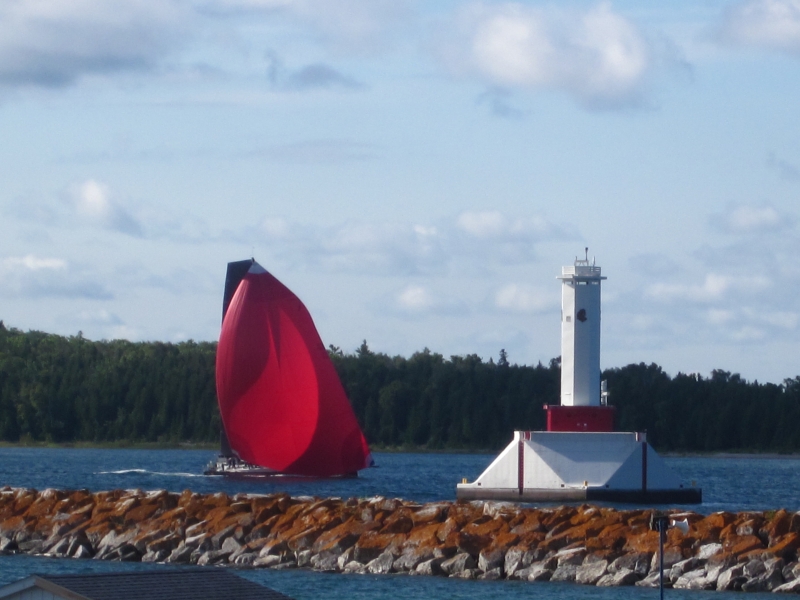 Popular neighboring landmarks and attractions include The Mackinac Bridge, Round Island, and Bois Blanc Island.

Ferry boats shuttle visitors and residents back and forth across the Straits of Mackinac to St. Ignace and Mackinaw City on mainland Michigan. The longest running ferry boat line is Arnold Line, operating a fleet of catamarans and classic ferries.